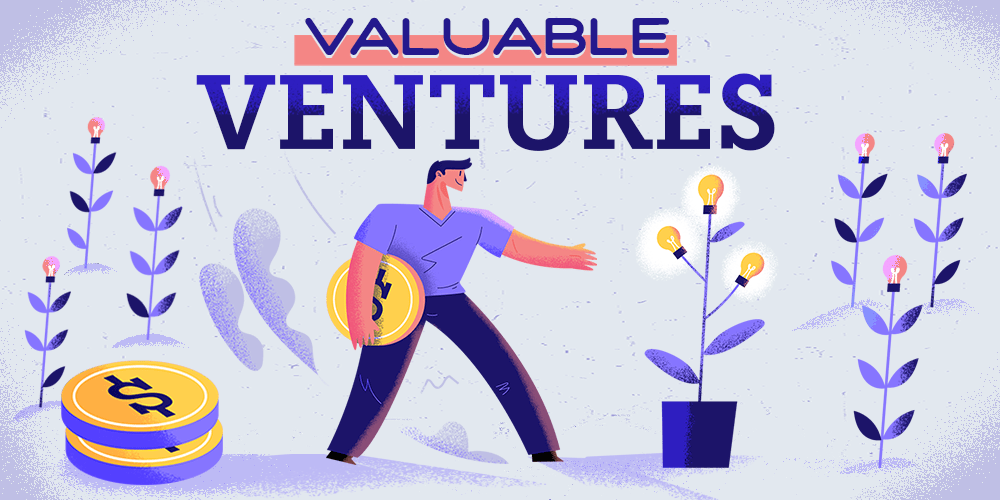 Few people will remember 2020 fondly. But one thing that did come from the year that Covid struck was that a lot of people tried new things. Some took up baking. Others tried working from home. And, across the world, more than 10,000 entrepreneurial teams launched new startups.

In fact, global startup funding rose 42% in 2020, against 2019 figures. That indicates a bold attitude towards reinventing the world post-pandemic. But what kind of companies benefited from this investor confidence? And where in the world are they based? BusinessFinancing.co.uk crunched the numbers and created a series of data visualisations exploring startups miraculous year. We found:

The overall picture is impressive in light of the pandemic conditions. Estonia registered a +1346% growth and almost double the number of companies received funding, from 25 in 2019 to 46 in 2020. Chile and Colombia also saw a hike of close to 1000%. In fact, developing economies in South America, Africa, and South Asia are prevalent among the countries that earned the biggest increases.

But investment growth was far from equal from country to country. In fact, only 65 of the 97 countries with available data saw year-on-year growth in startup investment. China saw a $971.2m drop in investment. And El Salvador, Zimbabwe, and Rwanda each saw a 99% reduction – leaving them with almost no new funding at all.

While Morocco has a dramatically higher percentage growth than any other country, it should be noted that this is an increase of just $2.8m in real terms, against $1,000 funding in 2019. Still, it is impressive growth, particularly considering the six-fold rise in the number of Moroccan companies receiving VC investment – from a single startup in 2019 to six in 2020.

Here’s how the world of venture capital looked in 2019:

Spain and South Korea experienced significant dips in funding. Curiously, Spain is held up as an example of a country that suffered badly during the pandemic, while South Korea controlled the virus tightly. This demonstrates how both the virus and the extreme measures required to combat it had a big impact on business.

10 Industries Where Startups Are Lifting Off

The fourth-placed boom story is less obviously connected to the pandemic, but it is connected to a crisis. Agriculture (and agtech in particular) is booming as the world figures out ethical and sustainable ways to feed ourselves in light of climate change and an impending population crisis. The sector has seen a 112.0% rise year on year (from $1.1bn to $2.3bn) despite fewer startups receiving funding in 2020 (178 down from 189).

But we’ve all seen the headlines. Some industries have been hit square in the nose by the pandemic – and that blow hasn’t just been in day-to-day sales, but future investment, too. Music has taken the biggest investment hit (-67%), while Travel & Tourism (-58%) and Clothing & Apparel (-39%) aren’t far behind.

The graphic below shows the relative growth in VC funding from 2019-2020, sector-by-sector.

The pandemic has not hit individuals, businesses, or countries equally. Some businesses have profited by helping us to get through difficult times; others have profiteered. But many have seen plans put on hold or been forced to start from scratch.

But there is light at the end of the tunnel, with experts claiming the economy is “poised like a coiled spring,” ready to bounce back. And others note – or hope – that capitalism itself will transform into something newer, better, and fairer when regular trading circumstances return. Are you ready with your big new startup idea?

Country totals were calculated based on locations of company headquarters, as they appear in Crunchbase. Industry figures were computed based on industry tags, as listed against each of the qualifying companies on Crunchbase. The totals for all industries may not match the totals for a given year due to each company being tagged with multiple industries at the same time.